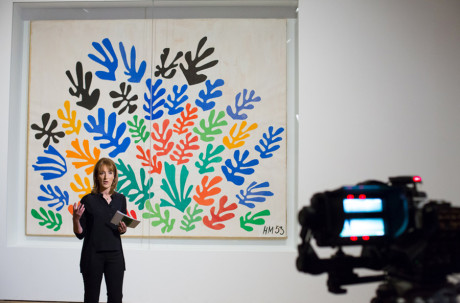 Arts Alliance is the leading producer, financier, distributor, and marketer of Event Cinema films worldwide. With over seventy releases, Arts Alliance engages movie-goers and fans around the globe with live and filmed opera and ballet performances, dynamic art exhibitions, theater productions, and major rock and pop events. In 2014, Arts Alliance launched a series of exhibitions on screen, taking audiences behind the scenes to see how blockbuster exhibitions come about and virtually explore leading museum collections. Included are conversations with artists, conservators, curators, museum directors, scholars, and art historians.

Bow Bridge was engaged to promote the 2015 series. It includes films based on Henri Matisse: The Cut-Outs (Tate Modern and The Museum of Modern Art); Rembrandt: The Late Paintings (London’s National Gallery and Rijksmuseum); highlights from the Van Gogh Museum, Amsterdam; and Vermeer’s Girl with the Pearl Earring and other treasures from the Mauritshuis Museum in The Hague. The final film, presented in theaters in the U.S. on July 14, 2015, is based on a traveling exhibition of work by French Impressionists and the art-dealer who introduced them to American audiences. We also advised on U.S. premiere events at MoMA and the Philadelphia Museum of Art.